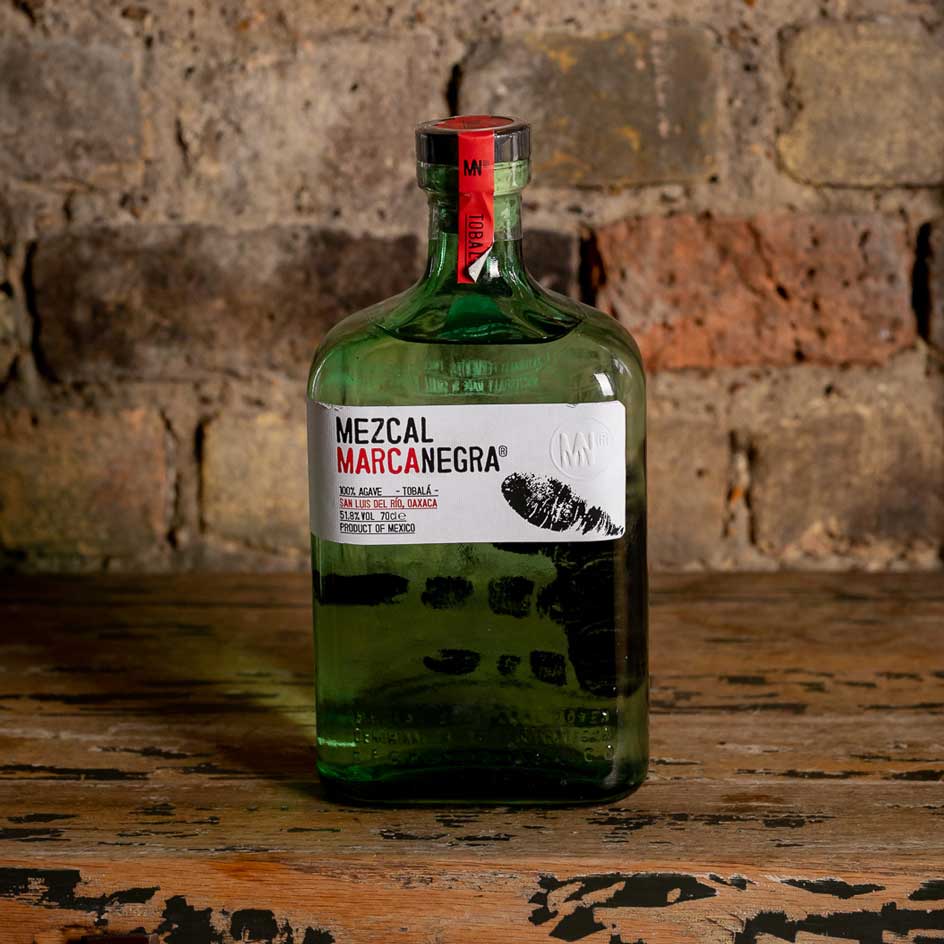 Tell us who you are…

Who am I…? I am Quentin Derudas, I’m 25 and from a place called Lille in Northern France. I’ve been in London for 2 and a half years and have been working for the Umbrella Project at The Sun Tavern on Bethnal Green Road for about a year now, since it opened basically. That’s pretty much it.

What was the inspiration behind your drink for the competition of the January edition of the DSC guest cocktail in homage to Burns Night?

So the cocktail competition itself was based around Bobby Burns, which is essentially a Scotch based Manhattan. So obviously that was the drink my cocktail was based on making it the inspiration. I am also familiar with other classic scotch based cocktails, in particular the ‘Blood and Sand’, which uses Scotch, orange juice, sweet vermouth and cherry liqueur. This influenced me as well, as you find all these ingredients and flavours in my drink.

How do you feel about winning the competition?

I can’t believe it, haha! One year ago I started bar backing and just one year later I am doing this, so it feels quick, fast, in one year. If you had said to me one year ago that ‘oh, you’re going to be on the Discount menu’, when I didn’t know how to make cocktails, I would not have believed you.

Especially, as I consider this bar a proper, good bar. So it’s like the next level of appreciation up from where I work, you know? Like… It’s different because it’s all cocktails so it’s a bit more edgy.

So what did you win other than having your drink on the DSC menu?

Apparently… You know Rob? From Woodford? He asked me if I would like to go to The Savoy, it is an amazing place, so we’re going to go there.

Yes! So my band are called High Safari and I have been with these guys for a year and a half now. Music is one big reason why I am in London, the main and first reason. We are five people, 3 guys, 2 girls. We play kind of indie, surf-ey, guitar-ey, pop music. Basically pop music with loads of guitars, good lyrics and good vibes. We’re trying to make good music and good songs basically…

Not till next year at the end of January, on the 30th, at the Queen of Hoxton, which is a good venue. We really wanted to play there, so we are quite excited about it! It should be a good night, apparently with DJ’s and a party till like 3am. Sounds good!

So is your main plan to go and be successful in the music industry with your band?

Yeah definitely! A musician, to be a professional musician.

Have you had any interest from labels?

Not as such really, but I remember one guy approached us after we played a gig and he proposed a five year deal. We were like 5 years for a start is a bit too much. We don’t want to be tied down in something that quickly you know? It’s such a big thing, a five-year contract. Especially for a young band like us, we’d miss some experience a long the way. We are getting there but we’ve supported some signed bands as well like a band called ‘Kid Wave’, who are quite big and are signed to Heavenly Recordings, one of the best labels in London, even the UK in fact.

What do you play in the band?

I play guitar, lead guitar. All the fancy riffs and solos are mine! Hahaha!

How long have you been playing?

Since I was 6 years old, so nearly 20 years now. The guitar I started when I was ten, so 15 years for that. I was taught the classical background from when I was 6.

How did you get your job at The Sun Tavern?

Uuh… It is somewhat linked to the band haha. I was looking for a job and I had been working in pubs, restaurants and the service industry for a year in West London. I was trying to make the move to East London to go to a place that was a bit more Rock ’n’ Roll, you know? That sort of thing. So my guitarist, Liz, actually knew Ciaran, who is the GM at The Sun Tavern. She told me; you should get in touch with him, he is my mate, he is opening a bar and he needs some staff. So I got in touch with him and did a trial shift and that’s it really.

Do you enjoy working for The Sun Tavern?

Yeah yeah, its good stuff man. Especially more now that I’ve moved up to bar tending. But I think it was good to bar back before, because I think it makes you a better bar tender as you are more aware of all sorts of things, like stocking up all the time and putting glasses back. This really makes the difference at the end of the night.

Normally I like to drink old fashioned, booze only drinks. A lot of them have French names but that is not something I do purposefully, like the Vieux Carré, the Bijou. I love Chartreuse, so like the Bijou has Chertreuse, Gin and Sweet Vermouth mixed together. Whiskey drinks mainly though, I love Whiskey. I remember Ciaran said to me what do you like to drink? And I said Whiskey, and he said well you’re in the right place and this is going to help you working here! I love beer as well, that’s another benefit of working at The Sun Tavern, they have great beer. I like very hoppy Pale Ales, IPA’s and those types of things. Oh, and Stout. Not too big on lagers or fruity stuff.

So other than bar tending or playing music, what other things do you do with your time?

Not much to be honest, they are what fill my time; they take a lot of time. But both bar tending and music are linked in that you have fun doing them. But really I like to enjoy my life I guess.